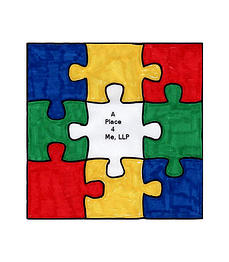 HERE IS THE ONLINE REGISTRATION LINK.

Fundraiser disc golf tournament for A Place 4 Me, the first of its kind activity center/pre-school play place for sensory deficit children, right in Arvada. This tournament is focused on family fun, raising funds for and exposure of A Place 4 Me and the sport of disc golf, not points, ratings or serious competition.

This one-day tournament is playing two rounds on the recently re-designed Johnny Roberts disc golf course in Arvada. First round is a pro/am doubles with shared score and the second round is normal singles play in regular divisions. In addition to the fun tournament with CTP’s, Mulligans and an ace pool, there will also be a raffle and putting contest as well.

1st round: Pro/Am Doubles: Best player partnered with youngest/worst player, then second best partnered with second youngest/worst and so on, based on ratings and/or experience. Team score is shared and marked as both players first round total. Front nine holes will be best shot and the back nine holes will be worst shot. All detailed on each scorecard.

2nd Round: Normal singles play by division, with possibly separate mando’s for pro and advanced players.

Half of entry fees will go to tournament, half will go straight to charity.

CTP Awards: (Closest to the Pin) Hopefully multiple CTP’s based on sponsorships

Mulligans: $1 each, all money going to charity. Purchased before or even during rounds, based on honor system.

Awards for top 30% or so in all divisions.

Raffle with all money going to charity.

BADCO Basic Average Discer club founded in May of 1998 by Ronnie Ross, Brett Marshall, Desean Brown and Bill Askew for the purpose of promoting disc golf in the Denver area.